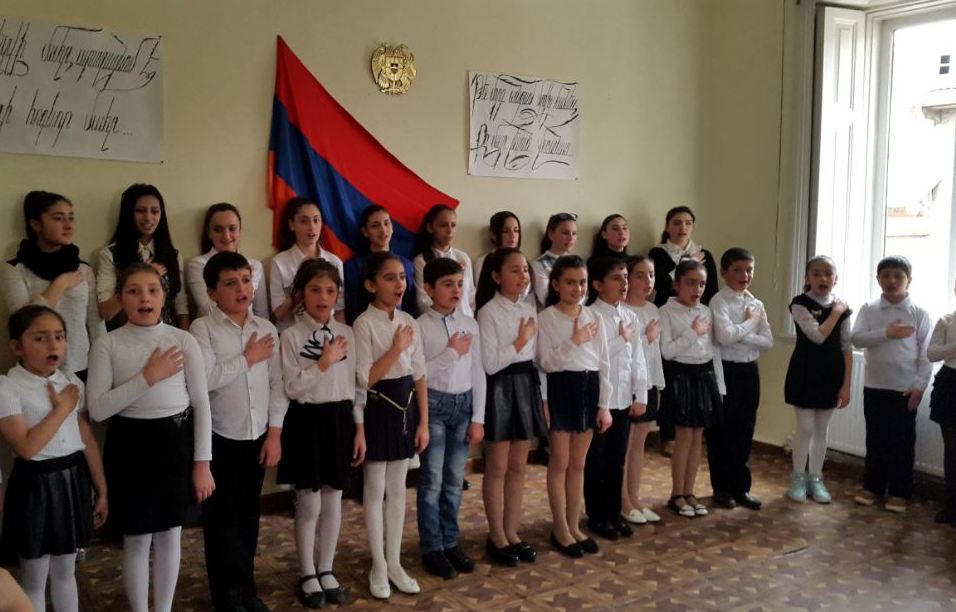 On November 17, 1999, the UNESCO adopted a decision on acknowledging February 21st as International Mother Language Day. The Armenian community of Georgia celebrated the day with great excitement, and the key role-players were the children and youth of the community.

During the event held at the Armenian Youth, Educational and Cultural Center of Akhaltskha, children sang songs and recited poems devoted to the Armenian language and performed Armenian dances with the patriotic spirit and great excitement.

Chairwoman of ARS Georgia and education representative of the three youth centers of Akhalkalak, Karine Tadevosyan had traveled to Akhaltskha to participate in the event. She praised the fact that the Center’s administration, as well as the teachers and students were ready for the event.

International Mother Language Day is linked to the political struggle to recognize Bengalese as a separate language. In 1952, a group of young people were shot and killed by police officers in Dakka after going against the decision on recognizing Urdu as the only national language. Chairwoman of ARS Georgia Karine Tadevosyan touched upon all this in her speech during the “The Mother Language is My Sanctity” intellectual game/contest and congratulated everyone on this beautiful holiday.

Among the participants of the game/contest were members of the Center’s Armenian Language and Literature Club, who were divided into three teams, including “Nzhdeh”, “Artsakh” and “Erzerum”.

“Artsakh” won with only a difference of a few points. The administration granted certificates of participation to all the participants, and the elders of the team received 1st, 2nd and 3rd degree diplomas and gifts.

On February 21, the Youth, Educational and Cultural Center of Ninotsminda also hosted an event dedicated to International Mother Language Day. The event began with a performance by the members of the Center’s dance group, after which the members of the Center sang songs and recited poems and sayings devoted to the Armenian language. The event ended with a presentation of facts about the life and career of Mesrop Mashtots.