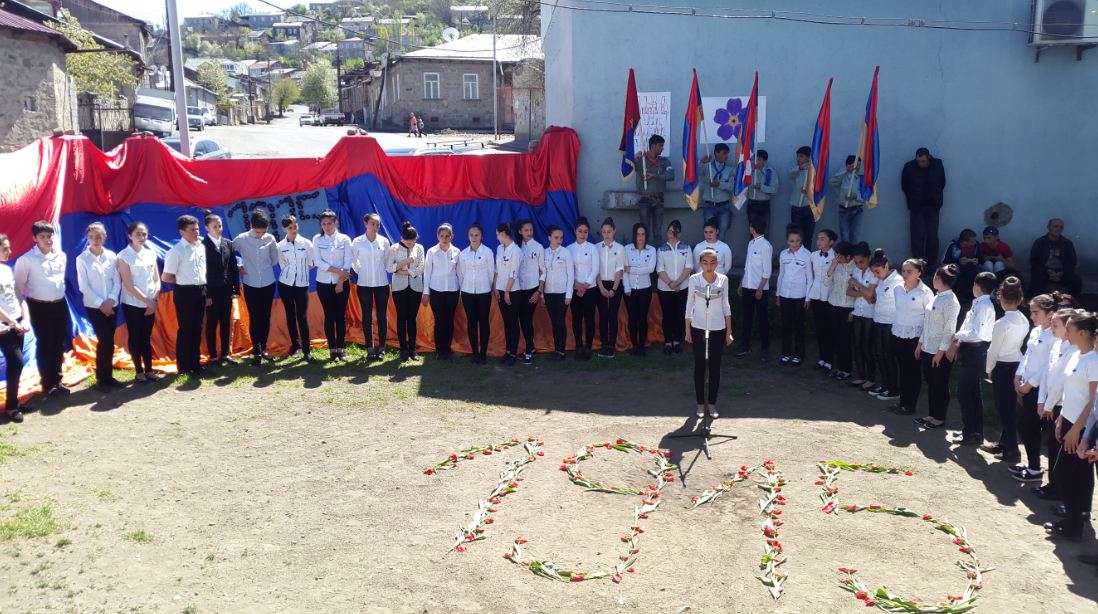 On April 23, the Armenian Youth Educational-Cultural Center of Akhaltskha hosted an event dedicated to the 101st anniversary of the Armenian Genocide and to the memory of the servicemen killed in Artsakh. The event began with a performance of the Armenian national anthem, after which spiritual pastor of Akhaltskha, Father Torgom read the Lord’s Prayer along with all the participants.

During the event, the members and scouts of the Center sang patriotic songs, recited poems and expressed their heartfelt words to commemorate the holy martyrs of the Armenian Genocide and the heroes who sacrificed their lives for Artsakh.

In their closing speeches, the Center’s administrators stated that April 23rd and 24th are not days of crying and mourning, but days of awakening, rebirth and struggle because there can be no crying when there is a struggle. According to them, by attacking Artsakh in early April, the Turks tried to massacre the Armenians once again, but they were pushed back thanks to the heroic acts of Armenian soldiers.
Popular