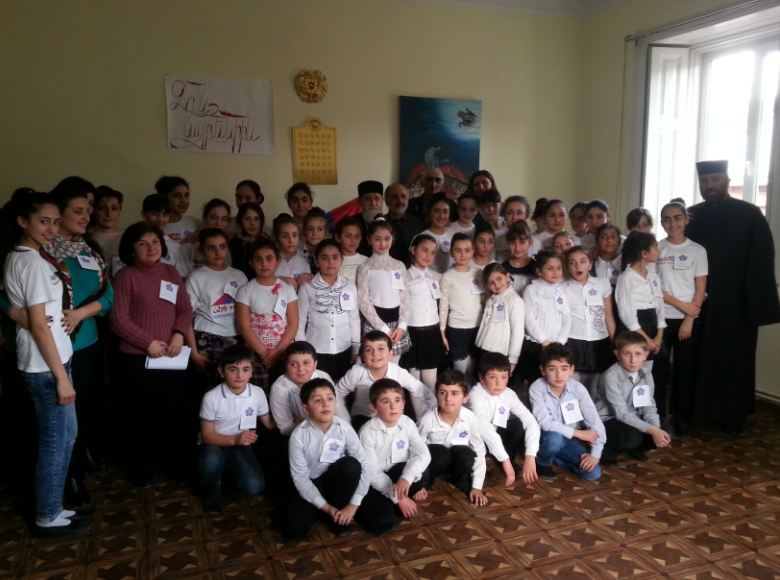 Among those attending the event were ARS Georgia Chairwoman Karine Tadevosyan, President of the Vahram Gaifejyan Union of Creators Alexander Igitkhanyan, as well as Abbot, Father Hakob Sahakyan and Spiritual Pastor of Akhaltskha, Father Yeghishe.

During the event, the members of the youth center recited several poems devoted to the Armenian language wearing badges portraying the Forget Me Not flower, which is the symbol of the 100th anniversary of the Armenian Genocide.

Director of the Center Nanuli Hakobyan expressed her deep gratitude to the guests attending the event and said the Armenian language has helped protect the Armenians throughout the centuries and has helped them survive the Genocide and preserve their national identity.

Alexander Igitkhanyan and Father Yeghishe expressed their gratitude to the event organizers.

The event included the presentation of a painting dedicated to the memory of the victims of the Armenian Genocide by member of the Vahram Gaifejyan Union of Creators Hakob Kolyan.
Popular