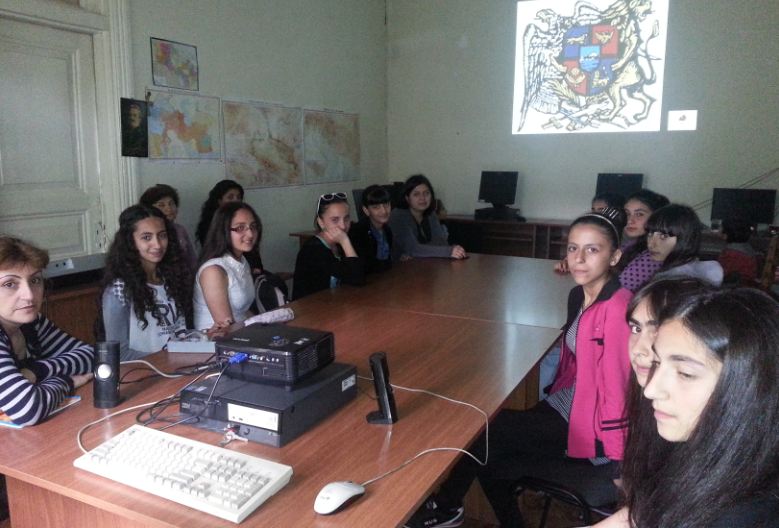 May 28th is a day of victory and independence for all Armenians around the world. On that occasion, the Armenian Youth Educational and Cultural Center of Akhaltskha held an event dedicated to Armenia’s Republic Day.

The event began with a performance of the national anthem of the Republic of Armenia, after which the young members recited poems devoted to Armenia and Armenians and sang patriotic songs.

The Armenian Youth Educational and Cultural Center of Akhaltskha also held a film screening and a lecture on the occasion of Republic Day and the victories in the battles of Sardarapat, Bash-Aparan and Gharakilisa.

The lecture was devoted to not only the victories in Sardarapat, Bash-Aparan and Gharakilisa, but also the self-defense of Akhaltskha in 1918, which forms an inseparable part of the victories of the Armenian nation in 1918.