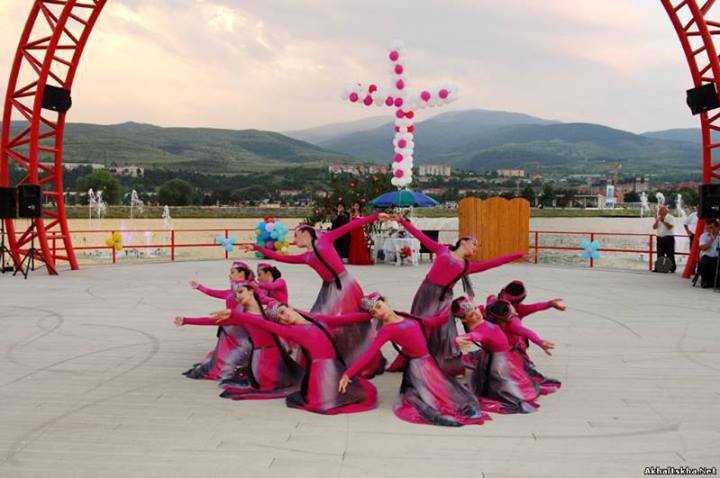 This year the Armenian Apostolic Church celebrated Vardavar on the 7th of July. In honor of the holiday, in the amphitheater at the artificial lake, a gorgeous concert, dedicated to the holiday Vardavar, was held, in which dance ensembles from different regions and from the "Hayartun" Cultural Center of the Diocese of the Armenian Apostolic Church in Georgia took part. Before the beginning of the concert, at the Church of St. Gregory the Illuminator in Akhaltsikhe, a festive liturgy was held in honor of the holiday, after which young people organized the traditional pouring of water on each other in the yard of the Church.

Song and dance ensemble "Gohanamk” of the Armenian Youth Educational-Cultural Center in Akhaltsikhe opened the concert with already loved by the residents of Akhaltsikhe songs and dances, after that dance ensembles and solo performers from the regional villages got up on the stage.

The famous choir "Meskhet” from Akhaltsikhe performed Georgian national songs at the concert.

The people, who had gathered in the amphitheater, loved the dance performances of the ensemble "Vachian” from Vachian village in Akhaltsikhe region, as well as the patriotic songs, which greatly inspired the audience.