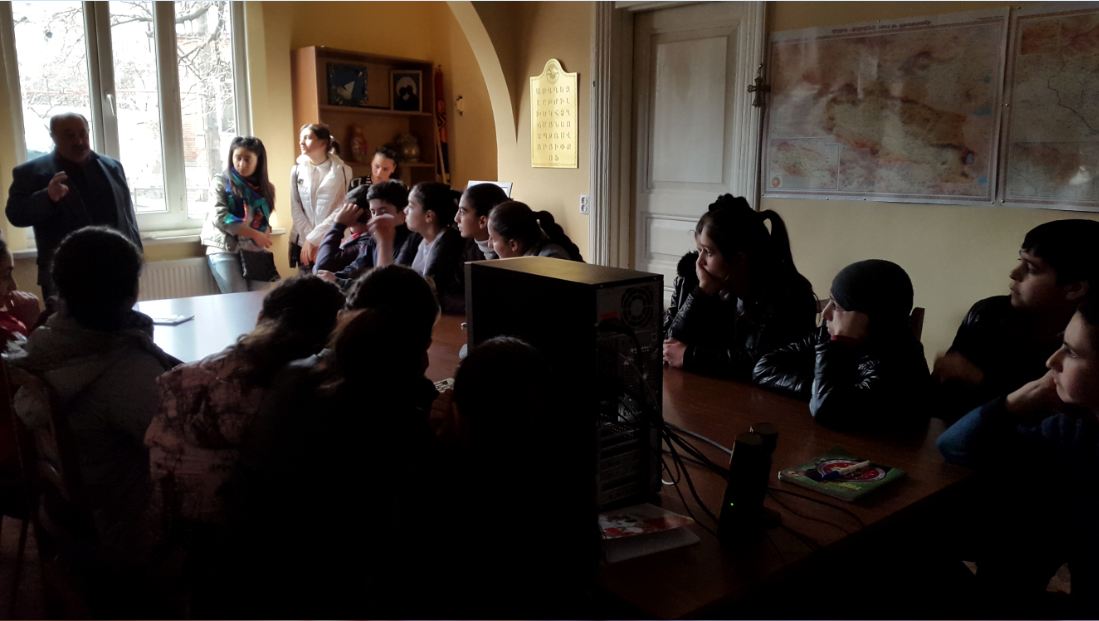 From February 27 to 29, 1988, Armenian pogroms were perpetrated in the city of Sumgait, which is just 30 kilometers from Baku. For three days, the Azerbaijanis killed, as well as raped and robbed people just because they were Armenian. Dozens were murdered, hundreds were maimed and thousands were expelled. The murdered, maimed and expelled Armenians became the first victims of Azerbaijan’s policy of terrorism against the Armenians of Nagorno-Karabakh.

The Youth Educational and Cultural Center of Ninotsminda hosted a lecture in memory of the victims of Sumgait. Armenian history teacher, Mr. Yeranosyan presented historical facts about the second crime of the 21st century. Unfortunately, to this day, the international community has not given a legal and political evaluation of the Sumgait pogroms.

The lecture was followed by the screening of a film devoted to the Sumgait pogroms. Among the attendees were the students and teachers of the Center’s clubs.

On February 28, the Armenian Youth Educational and Cultural Center of Akhaltskha also hosted a lecture and film screening dedicated to the memory of the victims of the Sumgait pogroms. The lecture was delivered by the Center’s Armenian history teacher Aram Simonyan. After the lecture, the youth watched the documentary called “Typical Genocide”, which presents the whole truth about the Sumgait pogroms with numerous facts.

Twenty-eight years later, we Armenians respect the memory of the innocent victims of the tragedy in Sumgait and call on the international community to express its firm position on that crime against humanity.
Popular