Some Javakhk Armenians Will Have to Pay $50 and Have 5,000 Lari in the Bank to Get Home 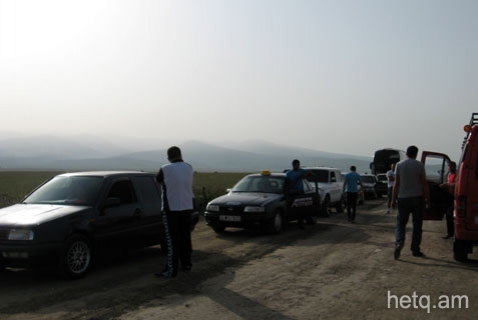 Citizens of Armenia may now enter Georgia without a visa for a short-term stay not exceeding 90 days (in any 180 day period) but will have to pay US$50 in consular fees to get a visa for more than 90.

This is according to the new Georgian visa policy as of September 1, 2014.

The list of required documents isn’t too complicated for a short-term visa. To stay more than 90 days, however, one must have 5,000 Georgian Lari in a bank account. This translates to 1.238 million AMD or US$2,706.

“First off, we village residents have no bank account, let alone 5,000 Lari. Whatever money we earn we send back to our families, wither money to buy wood for fuel, school items, for New Years,” says Harutyun, a resident of the village Diliska in Georgia’s Javakhk region who has a Republic of Armenia passport and recently returned from work abroad.

Harutyun was planning to stay at home until April but under the new law he must now return to Russia earlier.

It should be pointed out that most Armenians of Javakhk applied for Armenian citizenship in order to go to Russia for seasonal work. Now they are regarded as foreigners who must enter and leave Georgia with a visa when their three months are up.

After Georgia signed the European Union Association Agreement, visa regulations got stricter as of September 1 of this year. Prior to this, foreign citizens could remain in Georgia for up to ninety days in any 390 day period without a visa.

In October, Georgian Minister of Justice Tea Tsulukiani announced that foreigners would be granted a grace period (until March 1, 2015) to get their documents in order.

Despite her pronouncement, Georgian border guards have been enforcing the new law as of December 1 and have been prohibiting Javakhk Armenians with Armenian citizenship whose ninety days are up from entering Georgia by fining them 180 Lari.

Georgia’s consular general in Armenia, Zhorena Tziklaouri told Hetq that the March 1 deadline refers to those who are still in Georgia, despite the deadline having expired. They have the right to apply for a residency certificate and will not be fined.

The consular general confirmed that those applying for long-term visas must have 5,000 Georgian Lari in the bank.

When this reporter noted that such a large amount was particularly beyond the reach of village residents, Tziklaouri responded, “I have received documents from many people who don’t have 5,000 Lari in the bank, but we haven’t rejected their applications.”

The consular general couldn’t say how many visa applications his office has received to date, but it’s been more than one hundred.

“I send all the documents to Georgia and receive an answer in less than a month. So far, there haven’t been any rejections,” he said.