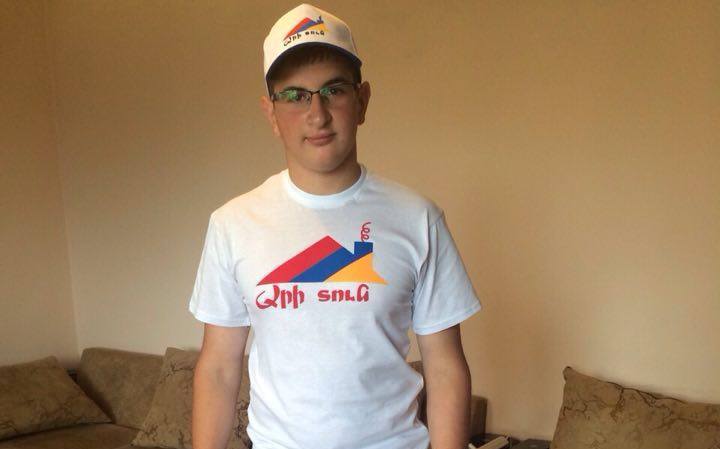 “There is always an Armenian environment in my hometown of Javakhk. There are many Armenians around us. The community holds different kinds of programs for national preservation, and we celebrate all Armenian national holidays. This helps us youth grow up as Armenians,” participant of the “Ari Tun” Program Gevorg Grigoryan said in an interview with Hayern Aysor, adding that the community always holds the Torch-lit March commemorating the canonized martyrs of the Armenian Genocide every April 23rd with great excitement and that all the Armenians of Javakhk participate in the event.

Gevorg Grigoryan is visiting Armenia for the first time. He said the following when asked to share his impressions: “Now I feel fully Armenian because I finally saw my Homeland, set foot on the native land, for which I am very happy and proud. Over the years, I had always aspired to visit Armenia, but it never worked out. There is probably a time for everything. It is safe to say that the “Ari Tun” Program became the reason for me to see Armenia.”

What immediately attracted Gevorg in Armenia was the warmth of the people. He has notice that people here are respectful and willing to help each other with anything. He has also managed to make friends through the “Ari Tun” Program and has noticed that everyone is patriotic.

He fully hopes the “Ari Tun” Program helps connect him to Armenia and binds him to visit Armenia again.