Meeting with Georgian Armenian writers who write in a foreign language 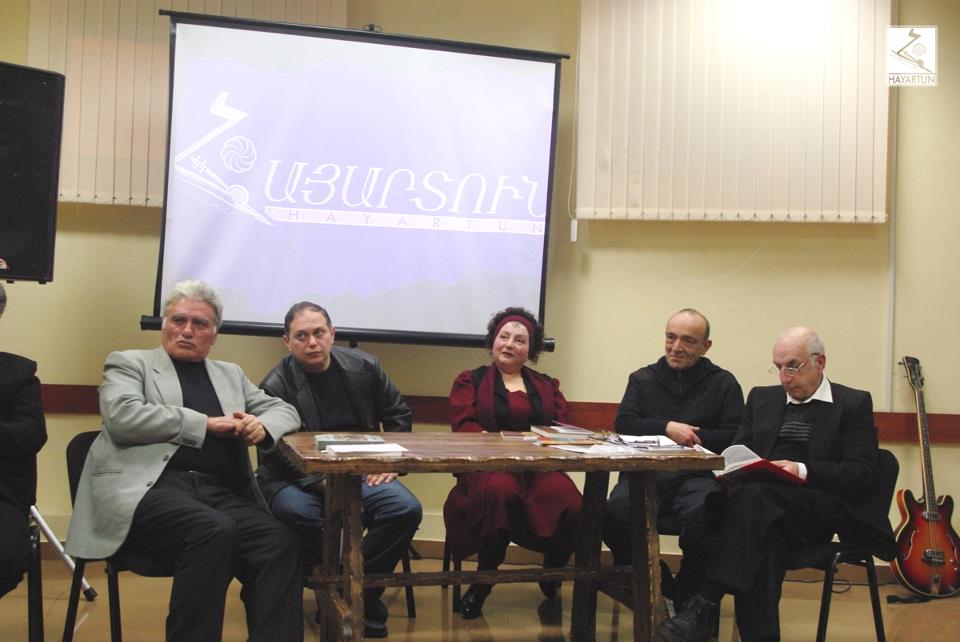 "Armenian writers, who compose in a foreign language, are not strangers to us” - that was the title of a literary soiree, which was held on February 16 at the "Hayartun” Cultural Center of the Diocese of the Armenian Apostolic Orthodox Church in Georgia in the Hall of Calouste Gulbenkian. The initiator and organizer of the evening was the "Vernatun” Union of Armenian Writers of Georgia and the cultural center "Hayartun" supported the event.

President of "Vernatun” Union Gevorg Snkhchyan opened the evening and presented the writers, who despite the fact of writing in a foreign language, remain Armenians in soul, and the idea, the subject and the source of their works are national. He introduced the members of the "Vernatun” Union of Armenian Writers of Georgia who write in Russian, that were Marina Kirakosyan-Mosesova, Michael Ananov, Artem Grigorents (Kirakozov) and writing in Georgian Garry Kalamkarov.

Especially warm the audience accepted the recitation of the poem of Mikhail Ananov "The land of Mashtots" by his seven-year-old daughter Anna. During the evening pupils of school №104 and the students of the Saint prophet Eghia Sunday School (teacher Roza Zograbyan) recited passages from poets’ oeuvre.
By the end of the evening President of "Vernatun” Union Gevorg Snkhchyan handed the membership card of the Union "Vernatun" to Garry Kalamkarov (writing in Georgian).

Karen Mirzoyan played the piano and Anna Pogosova and Ruben Voskanyan performed songs during the event.