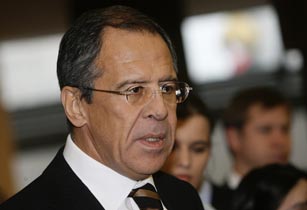 Russian President Dmitry Medvedev has an objective to elaborate a document on the basic principles of Karabakh conflict settlement, the Foreign Minister of Russia, Sergey Lavrov, told Golos Rossii radio station in an interview.

Asked whether any progress can be anticipated of the upcoming OSCE summit in Astana, he said: "As one of the co-chairing states of the OSCE Minsk Group, Russia assists in the process of Karabakh conflict settlement, considering our special friendly ties with both Armenia and Azerbaijan. Russian President Dmitry Medvedev deals with the issue on his own. His objective is to elaborate the first comprehensive document entitled The Basic Principles for the Settlement of Karabakh Conflict. As a legally binding instrument it might predetermine the main trends towards the implementation of a peaceful settlement agreement.

We closely collaborate with both French and US co-chairs. Prior to the summit in Astana, the co-chairs had meetings with Armenian and Azerbaijani authorities. They were recommended to prepare a statement that can be signed both by Yerevan and Baku and the co-chairs," the Russian FM said, adding that there has recently been relative peace on the contact line.

"I can't say at the moment whether the Astana summit will mark a turning point in the conflict settlement process as that requires painstaking efforts. But if the summit promotes further progress, that will be a serious achievement,' he added.