Kurdish Leaders Apologize for 1915 During Monument Inauguration in Diyarbakir (Correction) 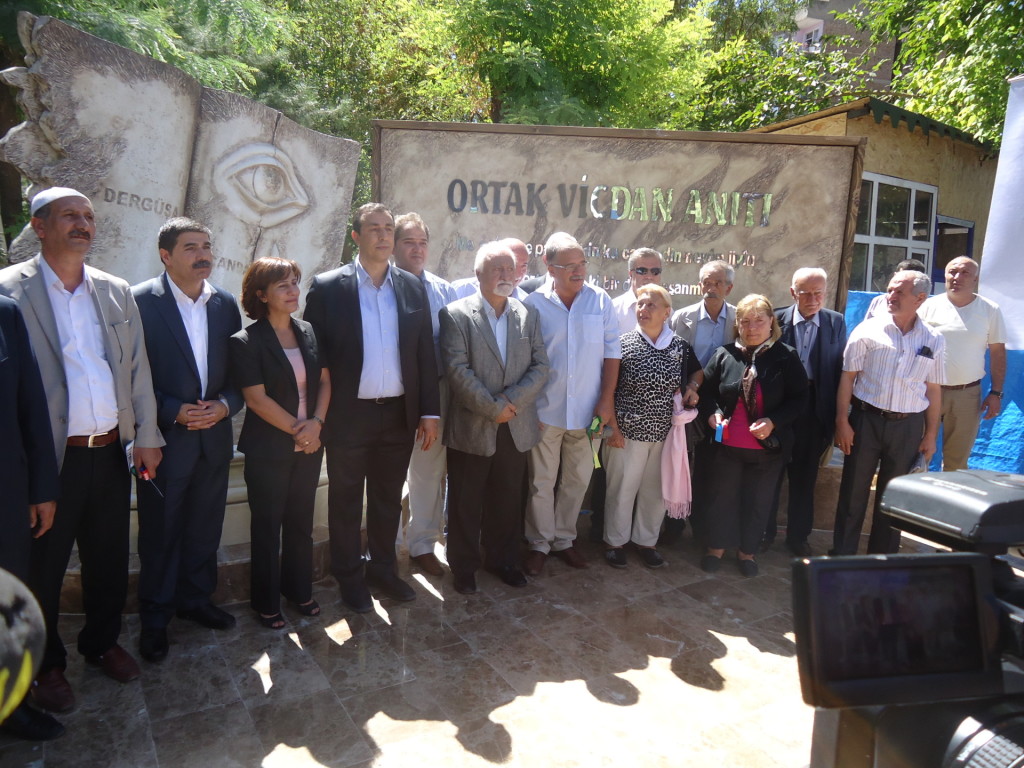 DIYARBAKIR, Turkey (A.W.)—The Sur Municipality of Diyarbakir held the official inauguration of the Monument of Common Conscience on Sept. 12, with mayor Abdullah Demirbaş apologizing in the name of Kurds for the Armenian and Assyrian "massacre and deportations.”

"We Kurds, in the name of our ancestors, apologize for the massacres and deportations of the Armenians and Assyrians in 1915,” Demirbaş declared in his opening speech. "We will continue our struggle to secure atonement and compensation for them.”

The mayor called upon the Turkish authorities to issue an apology and do whatever needed to atone for the genocide. "We invite them to take steps in this direction,” he said.

The inscription on the monument at the Anzele Park, near a recently restored historic fountain, reads, in six languages including Armenian: We share the pain so that it is not repeated.

"This memorial is dedicated to all peoples and religious groups who were subjected to massacres in these lands,” Demirbaş said. "The Monument of Common Conscience was erected to remember and demand accountability for all the massacres that took place since 1915.”

Demirbaş noted that the monument remembers all the Armenians, Assyrians, Jews, Yezidis, Alevis who were subjected to massacres, as well as all the Sunni who "stood against the system.”

Representatives of the Armenian, Assyrian, Alevi, and Sunni communities also spoke at the opening event. Diyarbakir Armenian writer Mgrditch Margosyan welcomed the opening of the memorial, noting that he awaits the steps that would follow.

Zahit Çiftkuran, head of the Diyarbakir association of the clergy, recounted the story of a man who, while walking by a restaurant, notices the following sign: "You eat, your grandchildren pay the bill.” Enthused by the promise of free lunch, the man goes in and orders food. Soon, they bring him an expensive bill. "But I was not supposed to pay! Where did this bill come from?” the man asks. The owner of the restaurant responds: "This is not your bill. It is your grandfather’s!”

Çiftkuran concluded, "Today, we have to pay for what our grandparents have done.”

An earlier version of this article had misquoted Demirbaş as having used the term "genocide.” Our correspondent later revised the quote. Demirbaş had used "massacres and deportations” when referring to the Genocide.