Kind Puppets Started the Road Leading to the Davtyans House 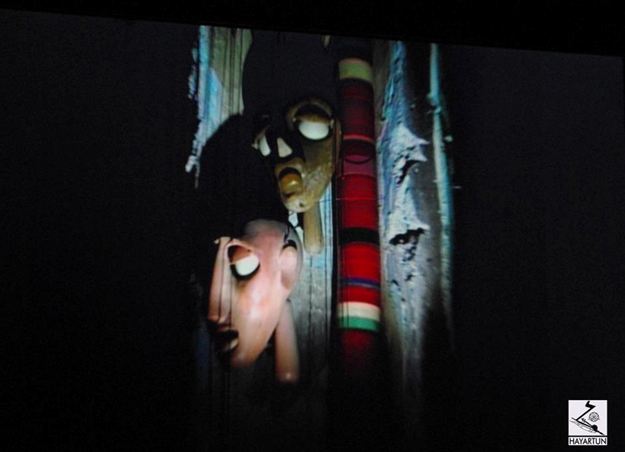 On 2 February 2013 the "Hayartun” Cultural Center of the Diocese of the Armenian Apostolic Orthodox Church in Georgia in the Hall of Calouste Gulbenkian hosted an evening in memory of Gary Davtyan . He was a puppeteer who created the theater’s wonderful inhabitants and preacher of goodness and beauty. People, who knew now deceased Master Gary, connoisseurs of his rare skill, and fans of his unique puppets had gathered in the hall. Unsurpassed Davtyans family members were present in the overcrowded hall, and with excitement they breathed life into this evening.

Gary Davtyan memorial evening was initiated by the Union of Armenian Intellectuals of Georgia and with the support of the "Hayartun” Cultural Center. Chairman of the Union Ruben Torosyan bowed before the talent of the great Master Gary, highly appreciated Gary Davtyan Puppet House, situated in Avlabar district, Old Tbilisi. He praised the remarkable puppets created by the master and thanked Davtayns family members, who with such care and maintenance keep the local color of Old Tbilisi.

Puppet Theater created by Gary Davtyan is a magical world inhabited by kind, naive and simple "people". It is in an environment, where Gary felt so happy and wanted on the example of these puppets to teach others love and kindness. Gary’s widow Janna Davtyan expressed her appreciation and gratitude to the organizers of the evening and said, that this event is the beginning of the series of events dedicated to the 20th anniversary of Gary Davtyan Puppet House.

Vakhtang Kuntsev-Gabashvili, the operator of the film "House Where Fairy Tales are Born" with Gary Davtyan, told the audience about those hard days and hard work on the film along with his father, director Gary Kuntsev ,who passed away, the result of which was this wonderful film about Garry Davtyan. And although the film received awards of the Moscow International Film Festival, and praises of Internews, nevertheless it was for the first time presented to a wide audience.

After watching the film, all the speakers stressed that Master Gary put into his puppets the essential character traits that he wanted to inspire the society. He was an apologist for love, goodness, and beauty. Puppets, created by Gary Davtyan, started the road leading to the Davtyans House.