Giorgi Kopadze: “We promise to involve worthy Armenians in local self-government bodies, and there are a lot of such Armenians in our city” 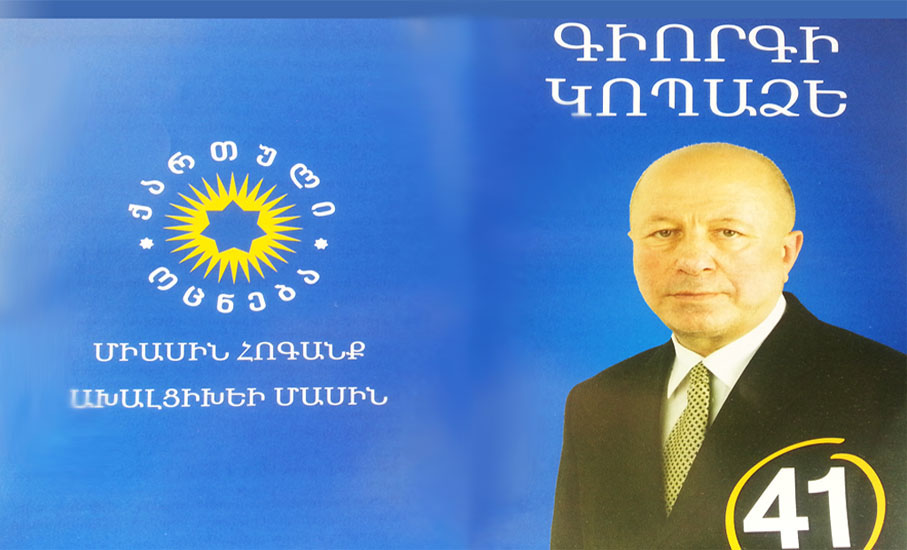 Citizens of Akhaltsikhe will elect a new mayor on June 15. In light of this, Akhaltskha.Net’s correspondent sat down for an interview with mayoral candidate of Akhaltskha from the “Georgian Dream” political party, Mr. Giorgi Kopadze.

Akhaltskha.Net: Mr. Kopadze, you were mayor of Akhaltsikhe in the 1990s. Why did you decide to run in these elections?

Giorgi Kopadze: I was born in Akhaltsikhe, and I am aware of the citizens’ needs and problems. I know the problems facing the citizens on all streets and in all districts and will try to solve those problems with my team. It’s important for me to turn Akhaltsikhe into a modern city. My main objective is to make my city beautiful and create a comfortable environment for all citizens, including Georgians and Armenians.

Akhaltskha.Net: You have meetings with citizens on a daily basis. What are their main problems of concern?

G. K.: They have many problems, but the major problem is the lack of jobs, drinking water and sewerages. There is also a lack of playgrounds for children. If elected, I will solve the problems with sewerages within the city and on the internal roads, as well as the problem with renovating the yards of multi-story buildings.

Akhaltskha.Net: The former authorities practically ignored the Armenians in Akhaltsikhe. They were trying to intimidate the people. The local Armenians weren’t fully involved in Akhaltsikhe's local self-government bodies. How do you plan on solving these problems?

G. K.: I agree. The former authorities not only ignored the Armenians, but even the Georgians. For nine years, the clan was trying to pressure and intimidate the people. The main purpose of the “Georgian Dream” coalition is to help people not feel pressured and intimidated. As for the Armenians’ involvement in local self-government bodies, our political party’s list is evidence. For the first time in the history of Akhaltsikhe's local self-government, Hambardzum Baboyan is represented as the majoritarian deputy in Akhaltskha. We promise to engage as many worthy Armenians as possible, and there are a lot of them in our city.

Akhaltskha.Net: You have met with the leaders of the Armenian Youth Center of Akhaltsikhe and clergymen of the Armenian Apostolic Church. How would you assess those meetings? What problems do they face?

G. K.: I can positively assess the meetings. They were very important for me and my team. The youth and clergymen raised very important issues and indicated the ways of solving them. If elected, I will definitely take them into consideration.
Popular