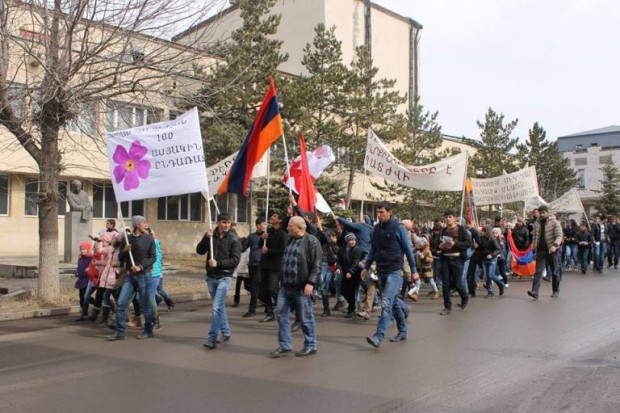 A march of claimancy was held Tuesday in Akhalkalaki, Georgia, and it was devoted to the centenary of the Armenian Genocide.

Around 150 people took part in the event.

The participants were carrying Armenian and Georgian national flags, and signs demanding the recognition and condemnation of the Armenian Genocide.

The march headed toward the City Council building of the Municipality of Akhalkalaki, where respective letters of petition were handed.

Subsequently, the participants in the march went to the Holy Cross Armenian Church of Akhalkalaki, and prayed for the victims of genocide.

In addition, the Center students distributed leaflets to passers-by and the Akhalkalaki residents who had assembled in the church.
Popular