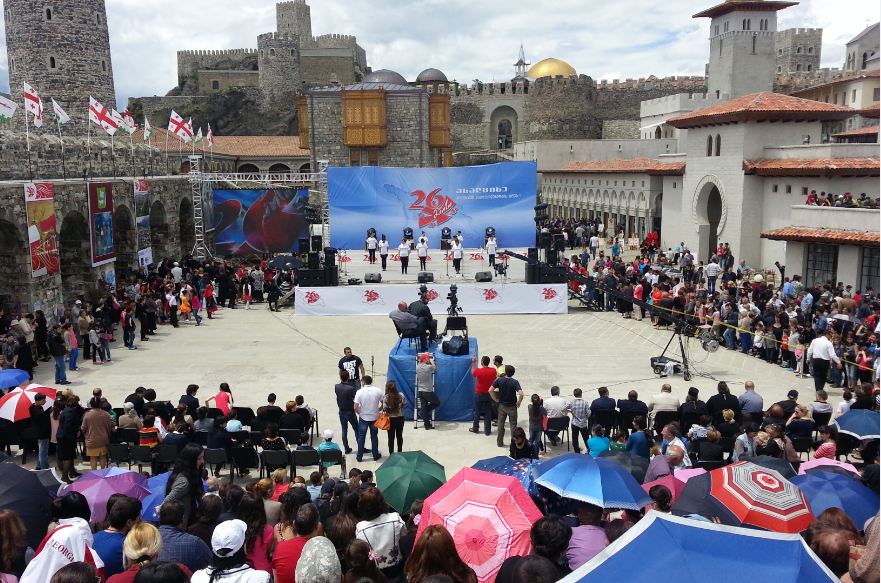 On May 26, on the occasion of Georgia’s Independence Day, a festive concert was held near the fortress in Rabat district of Akhaltskha with the participation of choirs and dance ensembles and individual performers from Akhaltskha and other cities.

The concert featured performances of Armenian dances by the “Gohanamk” Song and Dance Ensemble of the Armenian Youth Educational and Cultural Center of Akhaltskha.

The festive concert in Akhaltskha was broadcast live on Georgian television channels.

Several other events were also held in Akhaltskha on the occasion of Georgia’s Independence Day.