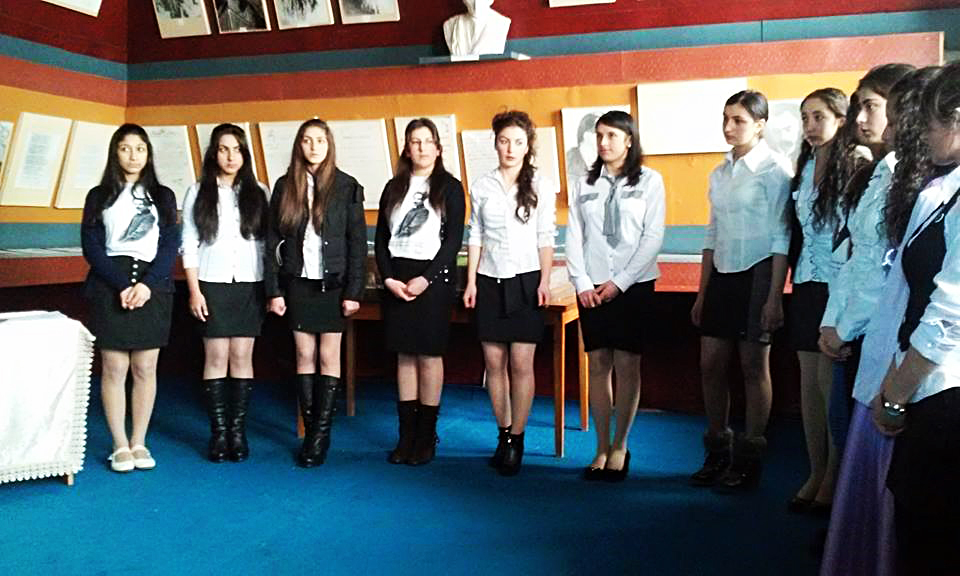 An event dedicated to the 130th birthday anniversary of Armenian poet Vahan Teryan was held at the Home-Museum of Vahan Teryan in Gandza on February 9.

“Language is the spirit of the nation. If the spirit lives, the nation also lives…” Vahan Teryan said. His words are still current today and are transferred from one generation to the next. Among the participants of the event were the members of the reciting club of the Home-Museum of Teryan. They recited Teryan’s poems and words and performed songs, and N. Sirakanyan read excerpts from Teryan’s articles entitled “The Future of Armenian Literature” and “Spiritual Armenia”.

Teryan’s poems are unique in Armenian poetry in terms of their style and modernity, but the aforementioned articles are of greater value in terms of ideology. Yes, we truly need to build our destroyed, spiritual Homeland, and as the poet says that, he understands “gathering and organizing of Armenians in the sense of ideology”. The year marking the 130th birthday anniversary of Teryan was declared the “Year of Teryan”, and a call was made to hold events devoted to Teryan and his poems to raise the self-awareness of the generations and today’s society through Armenian poetry and culture since, as Teryan said, “Culture is something that is transferred from one generation to the next and contains within itself all the attributes of the nation”.
Popular