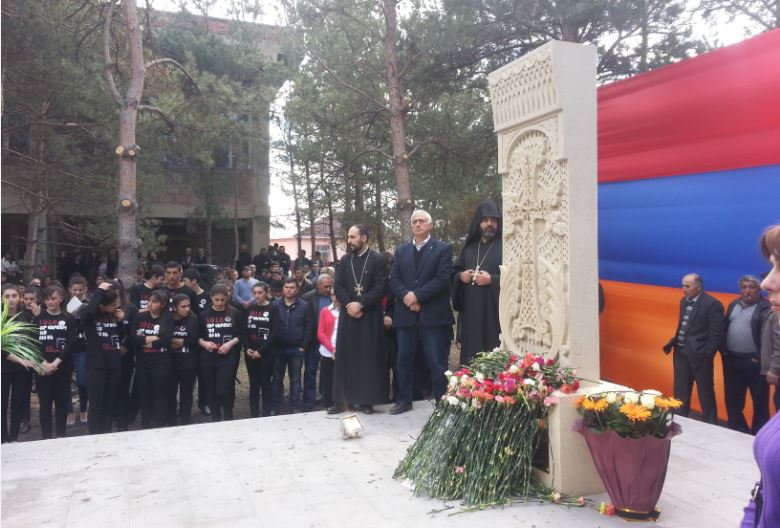 On April 18, a cross-stone dedicated to the memory of the victims of the Armenian Genocide was placed in Khando village of Akhalkalak region and consecrated by Vicar of the General Prelacy of Javakhk, Father Babken Salbiyan.

The cross-stone was unveiled during a ceremony attended by Members of Parliament of Georgia and Armenia, representatives of the local authorities, public and political figures, intellectuals and several other guests.

Among the speakers were Georgian MP Samvel Petrosyan, Armenian MP Vardan Ayvazyan, historian and academician Ashot Melkonyan, President of the Board of Trustees of the Support to Javakhk Foundation Sos Sahakyan, President of the Sakrebulo of Akhalkalak Hamlet Movsisyan and others.

After the cross-stone was unveiled, the youth of the village organized an event dedicated to the memory of the victims of the Armenian Genocide for all the attending guests.
Popular