Armenians of Akhaltsikhe need a kindergarten 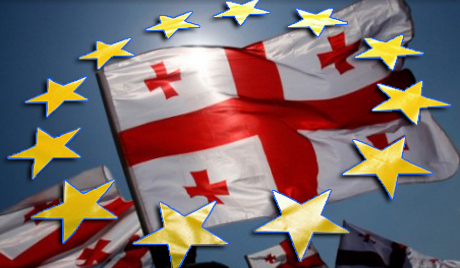 The letter begins with the contributions of the Armenians to the city’s development and advancement, as well as the deepening of Armenian-Georgian cultural ties and the strengthening of friendship.

The applicants also draw the local authorities’ attention to the fact that the Armenians of Akhaltsikhe need a kindergarten so that the children receive some knowledge of the Armenian language and go to school at ease. There used to be a kindergarten in the school building, but was closed by the former authorities.

In the end, the authors of the letter state that if granted permission from the authorities, they will find sponsors to renovate and furnish the empty rooms on the school’s first floor and will cover the kindergarten’s expenses, if the authorities are incapable of doing so.

The letter also states that in case of need, representatives of the Armenian Educational and Cultural Center of Akhaltskha, the Vahram Gaifetchyan Union of Creators, the Armenian School N 3 and the Armenian Apostolic Church are ready to meet with the authorities to discuss all the issues and take the necessary measures for project implementation.

In the municipality’s May 13 response letter, Director of Kindergarten Educational Institutions N. Gelashvili informed the applying organizations (the principal of Armenian School N 3 and the Church) that there are 15 kindergartens in Akhaltskha, of which two have Armenian clubs and one is an Armenian-language kindergarten located in Pamatch village of Akhaltskha region.

We regret to remind Director of Kindergarten Educational Institutions N. Gelashvili and the local authorities that the purpose of the applicants was not to be informed that out of the 15 kindergartens only 2 have an Armenian Department (the Armenians in Akhaltskha make up nearly 40%  of the population), but the undersigned wanted the municipality to understand the problem and solve it since the ethnic minorities in a country aspiring for European values must have the right to open a kindergarten or kindergarten through government support.

We hope the local authorities of Akhaltskha will respond to the letter in essence because the response letter is unsatisfactory and is more like a letter that provides information to an uninformed person interested in the matter, without giving an answer to any question that has been raised.