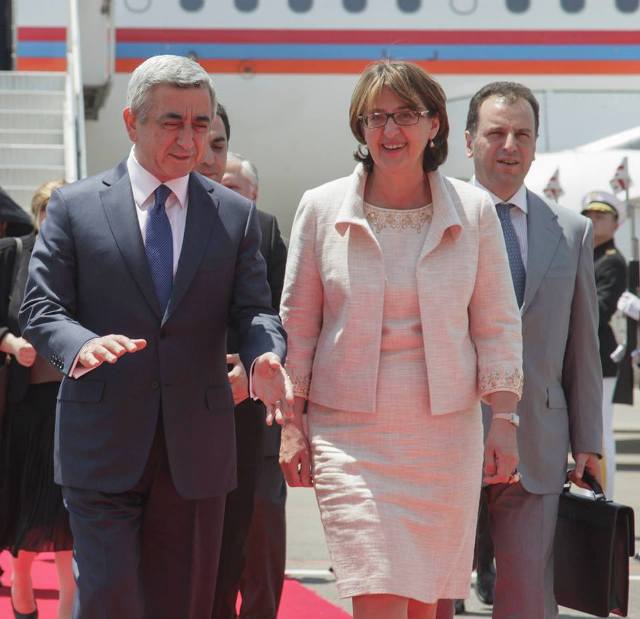 President of Armenia Serzh Sargsyan has arrived on an official visit to neighboring Georgia. At the airport he was welcomed by Georgian Foreign Minister Maia Panjikidze.

As reported earlier, the president is to hold meetings with Georgia’s leadership.

Within the framework of the visit, the Armenian President will hold a private meeting with President Giorgi Margvelashvili of Georgia followed by negotiations with the participation of the two countries’ official delegations and a signing ceremony of documents aimed at enhancing and strengthening the Armenian-Georgian cooperation. Presidents Serzh Sargsyan and Giorgi Margvelashvili will sum up the negotiation results in a joint press statement.

The Armenian President will also meet the Speaker of the Georgian Parliament David Usupashvili and Prime Minister Irakli Garibashvili.

President Serzh Sargsyan is to visit Tbilisi’s Heroes Square and to lay a wreath at the memorial.
Serzh Sargsyan will attend a gala concert dedicated to the 300th anniversary of Sayat-Nova held at Tbilisi’s Rustaveli National Theatre.
Popular