An Assault on the Armenian Church in Tbilisi 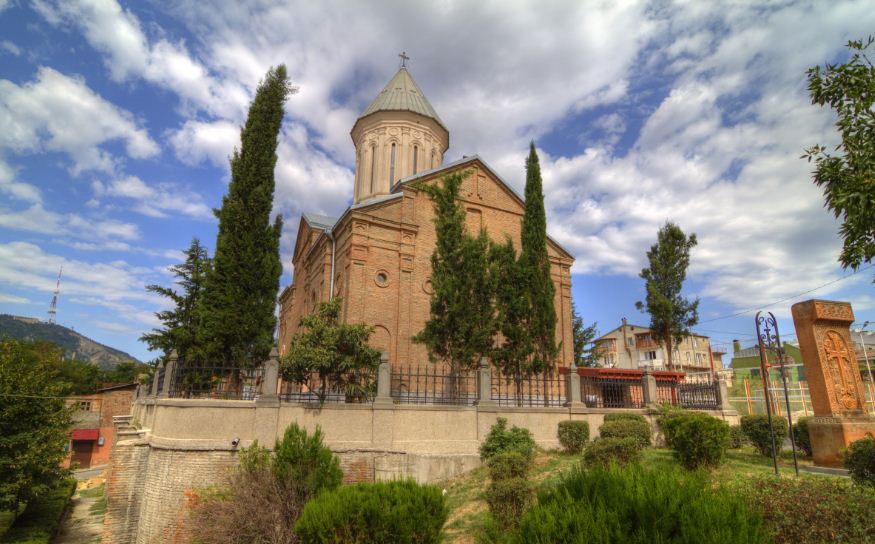 On July 19, 2014, a pre-planned attack was perpetrated on the representatives of the Armenian Church of Surb Etchmiadzin located in Tbilisi, which was motivated by ethnic and religious hatred. At around 4 pm, a provocation was organized on a territory adjacent to the yard of the Church. After an unsuccessful attempt to drive from the territory adjacent to the yard of the Church, a person got outraged and began to reproach a clergyman, whose car was allegedly blocking her way. Soon, two openly aggressive men arrived on the scene and helped to take out the vehicle. The clergyman entered the administrative building of the Armenian Diocese in Georgia, while young deacons, who stood outside, heard the men using foul language against Armenians. When people began to protest this move, the man got off the vehicle, took a truncheon, continued to use obscene language, picked up a stone, and attempted to hit the representatives of the Armenian Diocese. When the personnel of the Armenian Diocese heard these voices, they rushed outside hoping to calm down the situation. At this time, one of the employees of the Diocese was hit in the back, and a short fight ensued.

About two hours later following this incident, the above-mentioned man mobilized a group of about 50 males, some of them equipped with cold arms. These men approached the Church and began to fight with the clergy and the personnel of the Diocese, using obscene language against Armenians. During this situation, a baptizing ceremony was held in the Church; the ceremony participants ran outside the Church at the scream and were also assaulted by the attackers. Shocked by the situation, women and children sought shelter in the Church. Notably, this situation was supposedly being watched by a group of individuals, who looked well dressed. As a result of this attack, the clergymen and the personnel of the Armenian Diocese were inflicted injuries, while one of the clergymen was ripped off a cross taken by the attackers.

We urge the Georgian Law Enforcement Authorities to categorize these actions and investigate them as a crime committed based on ethnic and religious hatred.

To a certain degree, this incident is a result of anti-Armenian campaign pursued by some of the Media sources, and sadly, by some of the representatives of the Georgian Orthodox Church. We call on the Media to refrain from spreading the anti-Armenian sentiments in society. We call on the Supreme Hierarchs of the Georgian Orthodox Church to publicly condemn any actions motivated by the ethnic and religious hatred and to preach the Christian kindness and love.

We cherish the internal stability of Georgia and centuries-old inter-ethnic and inter-religious relations in the country and urge the Georgian Authorities to take all appropriate measures to prevent a schism in the Georgian society, based on ethnic and religious grounds.