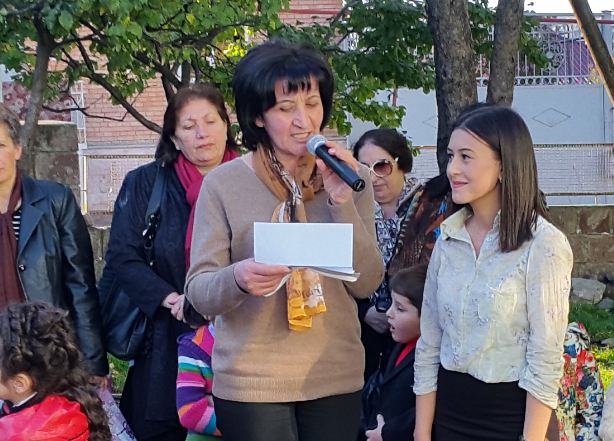 On November 7, this year’s ARS Eremian Scholarship was granted to 3rd-year student of Samtskhe-Javakhk State University Victoria Minasyan during a ceremony held at the end of the “Golden Autumn” event that took place in the yard of the Youth, Educational and Cultural Center of Akhaltskha.

Chairwoman of ARS Georgia Karine Tadevosyan officially granted the $500 dollar Eremian Scholarship to Victoria. Karine Tadevosyan said Victoria had promised to support the efforts of the local youth center upon graduation and attached importance to that.

Victoria expressed her deep gratitude to the Akhaltskha chapter of ARS Georgia and the ARS Central Committee for granting her the Yeremian Scholarship.
Popular