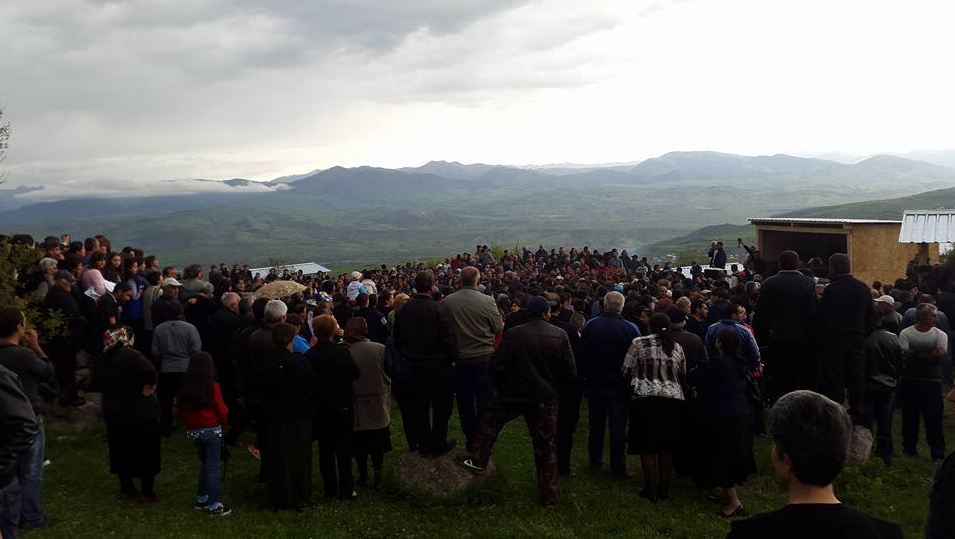 According to tradition, every May 6th, a grand celebration is always held near the chapel of St. George the Warrior on one of the hills of Small Pamatch village of Akhaltskha region of Georgia called Bural.

However, this year’s celebration was special in that sons of the Small Pamatch village, large businessmen and benefactors Ashot and Artavazd Baboyan (founders of the от Мартинa company) turned the celebration into a big feast. In a matter of days, the area near the St. George the Warrior Chapel turned into a heavenly place for a feast. Several open villas and shacks for reception were quickly built.

The event began after the Holy Mass and included a concert and athletic program during which Grigory Yesayan was able to sing only a couple of songs due to the bad weather. The athletic program included a wrestling tournament, the winners of which would receive cars, while the participants would receive bicycles, but the rain and strong winds postponed the major part of the event to the next day.

According to spiritual leader of Akhaltskha, Father Hakob Sahakyan, they would organize short events following the Holy Mass at Bural every May 6th during which the Gohanamk Ensemble of the local youth center would perform and benefactors would help organize the sacrificing of lamb, but this year’s celebration was incomparably bigger and gathered several thousands of people from the whole region. “Unfortunately, the event ended soon due to the bad weather, but it will continue tomorrow,” Father Hakob Sahakyan said.
Popular